Immediately enraptured by the beautifully delicate yet luscious tracks of Rachel Peters, I contacted the artistic composer for an interview. From Southend-on-Sea to California, we had a great conversation, where we discussed a variety of topics, including the importance of collaboration, unintentionally overcomplicating things, and activities that keep the mind buzzing! 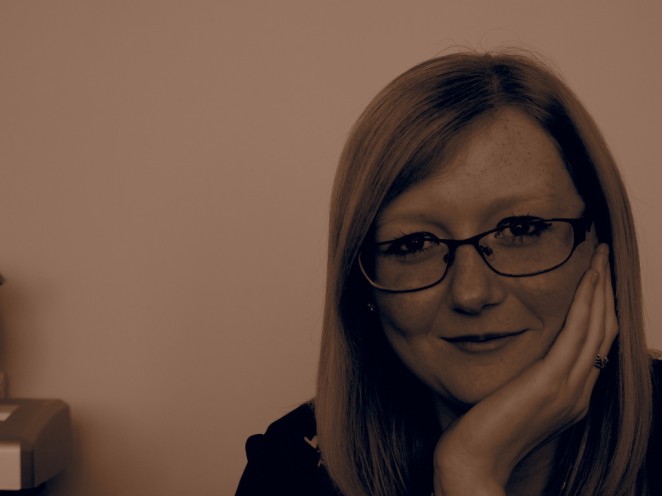 How did your life as a musician begin? Do you have any formal training?

Rachel: I guess it started when my parents bought me a kids’ size casio keyboard when I was younger and I would spend hours just playing around. I then started to listen to my favorite songs and try to work them out by ear.

From that I had piano lessons, around age 10. I went up to Grade 5 Classical and Grade 4 Jazz. Theory-wise I’m not very good. (laughs) I play more from ear than actually reading music. But I did do some grades which helped me improve my theory.

Okay. So did you go to school for music, or has it just been mostly self-taught?

Rachel: I did go to university—I just finished three years studying commercial music, which really helped me out. Currently now, I’m a composer that’s more self-taught than anything, a freelancer.

So who are some of your main influences and inspirations?

Rachel: I would definitely say Thomas Newman is one of my favorite composers I look up to—I just love his use of interesting instrumentation and intimate piano moments. Danny Elfman is also an inspiration of mine, and I love his collaboration work with Tim Burton. Another great duo is Joe Hisaishi and Hayao Miyazaki.

I think collaboration is incredibly important, and when two creative people really gel together, you immediately know you’re in for a treat and won’t be disappointed. Nine times of out ten when I’m watching a film or game, I can work out who’s composed the music and once I know who it is I get really excited!

“I think collaboration is incredibly important, and when two creative people really gel together, you immediately know you’re in for a treat and won’t be disappointed.”

Yeah, awesome! What else inspires you, outside of musical sources?

Rachel: Well… Video games definitely are a big one. Anything that has a creative source… Books, art, animation… Anything like that. My cousin does a lot of artwork as well and we sometimes collaborate on mini projects together. When he draws pictures or creates an animation, I often write music to that which I thoroughly enjoy! He even does my artwork for my display pictures and banners for social media.

Oh, nice! So what programs and equipment do you use to make your music?

Rachel: I use Logic Pro X, and East West VSTs—they have some amazing sounds on there!

Yeah, cool. So what’s your compositional process like? How do you usually go about writing a new piece of music, if there is a formula?

Rachel: It’s different every time, really. Usually I just sort of noodle around on the piano. I don’t often write the music although I have done in the past for university and college coursework, so I just sort of play what I feel. It starts from that, really… And then I’ll start thinking about my instruments. Usually I start with just piano, and then the other instruments, I think about after. I then layer it up and start to hear it in my head of how I want it to be. That’s usually how it comes together. Once I get that idea in my head of how I want it to sound, it doesn’t leave my brain and will continually haunt me until it’s finished! Sometimes I can’t even sleep as the music just plays on repeat in my head…

(laughs) Wow, interesting! Have you written any music for video games yet?

Rachel:  I currently work for an indie games company called Junction Shark, and hopefully that might develop into something. It’s a bit of a slow process at the moment, but I’ve got a couple of possible commissions on the way as well.

Okay, awesome! What sorts of aspirations do you have as a game composer? What kinds of games would you want to write music in?

Rachel: I think I would like to be part of a studio and known for doing the music for that video-game company or film production. The idea of working for people such as Pixar, Studio Ghibli & Nintendo have always been big dreams of mine! It’s a pretty big dream I know… As for the kind of games I would want to write the music for, oh gosh… anything fantasy-based. I love magic… I mean, I’m quite open to composing for other things. But anything that has the fantasy element, I absolutely love!

Yeah! So what’s one of the most recent compositional challenges you’ve faced, and how did you get through it?

Rachel: Oh, that’s a hard one… I had a recent commission for a short film. The girl I was doing it for, she wanted the music in a particular part, and I was really struggling to write the music. I personally thought the music shouldn’t be there. We were kind of back and forth, and she believed the music would work there, and I was really struggling. But eventually, I just ended up adding in this really creepy ambient sound! (laughs) And sure enough it worked! I think I was overcomplicating it—it didn’t need to be anything over the top. In the end, it actually worked really well. That took time to work out what was missing. It was really silly, but that simple sound made all the difference!

“She wanted the music in a particular part, and I was really struggling to write the music. I personally thought the music shouldn’t be there. … But eventually, I just ended up adding in this really creepy ambient sound! (laughs) And sure enough it worked! I think I was overcomplicating it—it didn’t need to be anything over the top.”

Okay, interesting. So which piece of yours is the most different from anything else that you’ve written, and what did you learn from writing that piece?

Rachel: That’s a really hard one… Most of my music is piano-based. I find it quite difficult to write horror music. I’m a big wuss as well. (laughs)

Rachel: I’ll scare myself writing the music!! I’ll be watching it, thinking “Oh, I don’t like this!!! I need to go make myself a cup of tea or something!” I did a film cue, it was for a horror genre. That was really hard. I’m not a horror person, so that was a really big challenge for me to overcome.

Yeah. So what’s your favorite style of music to write in?

Rachel: I definitely like orchestrated music with spacious piano melodies… Anything melancholy… Something very mellow and calming. I try not to over complicate my music style and keep it fairly relaxed.

Hehe yeah. Which of your compositions are you most proud of, and why?

Rachel: I like simplistic music. I wrote a song called “Hope”. I was going through a really difficult time—I had moved a lot, and there were a lot of things going on. And “Hope” was just a song where I just sat down at the piano and played. And a lot of people have liked that one. So that probably is one that I like the most and am proud of… I did it in one take, which doesn’t happen often!

Yeah, definitely. So what sorts of activities or hobbies do you like to do outside of video games and music, anything that keeps the balance?

Rachel: I’m a bit of a film buff especially if it’s a Pixar/Disney film. I also do yoga which keeps me grounded and balanced. Anything to keep my mind sort of buzzing. Even drawing sometimes, I’ll just get out a sketchpad and just start to draw. And if something comes from that, then great.

Okay, cool. Now I have a list of rapid-fire questions. Give short answers as quickly as possible! Are you ready?

Rachel: Oh no! Are you joking!? Okay.

Okay, if you could befriend any video game antagonist, who would be your friend?

All right, if you could live in any video game world for a week, which world would you choose?

Hehe okay, if you had to make a weapon out of any instrument, which one would you choose?

Rachel: Well I play piano, so… A keytar! Maybe notes could come flying out! (laughs)

Okay! Awesome, that’s all the rapid-fire questions. So what are some of your future plans? What are you working on right now?

Rachel: I’m currently working on my own project called ‘The Journey of Nim’. I’m hoping to make an album and possibly even add a storyboard to go with it. I’ve started drawing some sketches and writing the music, so now it’s just a case of putting it all together and see what unfolds! I’m currently playing the game Nin-no-kuni which inspired me to create this project so it won’t surprise me if it has as Studio Ghibli feel about it. If I can, I’d like to do the artwork myself to make it more personal, but my drawing isn’t particularly amazing… I’ve also got my Youtube Channel ‘ReicheruMusic‘ and my Youtube band ‘The Inventories‘ which I try to focus on time to time when I’ve got less going on which is a lot of fun. I cover a lot of anime, film and video-game covers on there which people seem to really enjoy and I get a lot of positive feedback from. Other than that, I’m just taking every opportunity that comes my way and see where it goes from there!

All right, awesome! Well those are all the questions I have! Do you have any final thoughts?

Rachel: No, thank you!

Thanks! Hope you have a great day!