As the composer of many independent animated films, Tiantian Liu writes music that is both charming and captivating. I immensely enjoyed the diversity of tracks from her website, and decided to reach out to ask for an interview. We had a wonderful conversation, from Beijing to California, where she shared her ideas about composition and cooking, the importance of communication, and plans for her new studio. 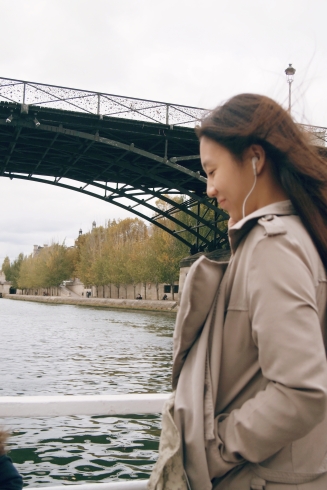 Thanks for doing this interview! Okay, so how did your life as a musician begin? Do you have any formal training?

Tiantian: Oh, I started to learn to play piano when I was five years old. My first piano instructor loved Bach, and you know Bach is boring for kids, so instead of strictly following the score, I always added extra notes and bars based on the original score. My instructor was furious about it. She said that I had to play whatever the score taught me unless my name was printed as the composer of the music. Therefore, I began to write my own music on the back cover of my textbooks, or any blank paper I could find.

Wow, that’s so interesting! I did the same kind of thing too, when I was a kid. (laughs)

Tiantian: (laughs) What did you do?

I would also add extra notes to pieces that I was learning!

Tiantian: It’s always fun to do it, right? Oh, and I studied at Academy of Art University for 4 years in San Francisco, it was where I learned to compose professionally.

Nice! So who are some of your main musical influences?

Tiantian: I was raised in a family who loves classical music. My father has a great collection of classical music, and I started to listen to his collection when I was little. So I will say Tchaikovsky and Debussy were my earliest music mentors. Aside from that, I was majorly influenced by Japanese composer Joe Hisaishi—he and the animator Miyazaki Hayao together created a long list of great animations!

Ooh I love Joe Hisaishi!! He’s one of my favorites as well! What other sorts of things do you generally get inspired by, outside of other musical sources?

Tiantian: Cooking is my second life passion. I think cooking a dish is just like writing a piece of music. When you start to compose a work you have to choose a style first: Concerto, Waltz, etc. Then you need to decide which instruments you want to enroll and who will take the main role in it. And cooking is just like this. You have to pick a style, Italian or Chinese, and which ingredients you need. So I will say cooking inspires me a lot.

Ooh that’s a great analogy! I like it! What are your favorite dishes to cook?

Tiantian: Hmm… Hard to choose. I do have an original dish, combines Mexican food and Chinese food. It is like a burrito but the ingredients in the burrito are Chinese fried rice with ribeye steak or lamb chop, asparagus, and honey avocado sauce. Also, with beans!

“I think cooking a dish is just like writing a piece of music. When you start to compose a work you have to choose a style first. Then you need to decide which instruments you want to enroll and who will take the main role in it. And cooking is just like this. You have to pick a style and which ingredients you need.” (Photo by Tiantian Liu)

Ooh sounds good! So what programs/equipment do you use to make your music?

Tiantian: I use Logic Pro and Protools sometimes.

Okay, nice. What’s your compositional process like? How do you usually go about writing a new piece of music, if there is any formula?

Tiantian: I always start with piano, since it’s my most familiar instrument. After I set the main melody, I use different instruments to play along with it. I will find the best match out of them and see what will happen eventually.

Okay, cool. Talk about some of the game soundtracks that you’ve composed, like Psycho Princess. How did you get the position, and what was the experience like?

Tiantian: Psycho Princess is a collaborative project I had in school. It was the last semester, and I worked for a few extra months after my graduation. Now I am still working on the theme song for this video game. It is my first time to work in the game field, and I think I love it!

A track from the upcoming game Psycho Princess

Tiantian: Yes, it is. We have a large team, and I am in charge of several scenes, and the battle theme song. New people are continuing joining in to the team. The producer really values music, and we’ve had a great experience working together.

Okay, awesome! What platform is the game going to be on?

Tiantian: It is a PC game.

Okay, nice! I hope I will be able to play it when it comes out!

Tiantian: Yes, the game has been displayed in GDC, I believe it will be coming soon.

Cool! So what is the most recent compositional challenge you’ve faced, and how did you get through it?

Tiantian: I believe this theme song for Psycho Princess was the biggest challenge for me because I had no experience in producing game theme songs. The producer gave me a lot of advice and references to help me through this process. I think communication is the keyword to get through it, as a beginner. I am so glad that the result turned out to be exceptional!

Yeah, that’s great! So which piece of yours is the most different from any of your other compositions, and what did you learn from writing that piece?

Tiantian: I worked with an animator from Malaysia twice last year. He is a great animator with many original ideas. Usually, I write the background music for animation after I see it visually. But this time, the animator asked me for an original piece first, before any visual picture existed, even before the storyboard existed. I started to compose the music based on several characters he drew in the sketchbook. And he asked me to record all the movements while playing different instruments, to sync all the characters’ movements with the music.

Awesome! So what is your favorite style of music to write in?

Tiantian: I used to think that my favorite music writing style is classical. But I found out people adores my creations for animations. Especially those “cute” songs influenced by Japanese animation. So I realized that Joe Hisaishi and Miyazaki still affect my style a lot—I need to embrace it since it is who I am as an composer!

Oh okay, yeah! I liked the pieces you wrote for the animated short films! So what sorts of activities or hobbies do you like to do, outside of video games and music? You mentioned cooking…

Tiantian: Besides cooking, I guess gardening, and having a tank of fish is how I spend my spare time everyday. It is fun and challenging to create a well-balanced environment under water for those little creatures. 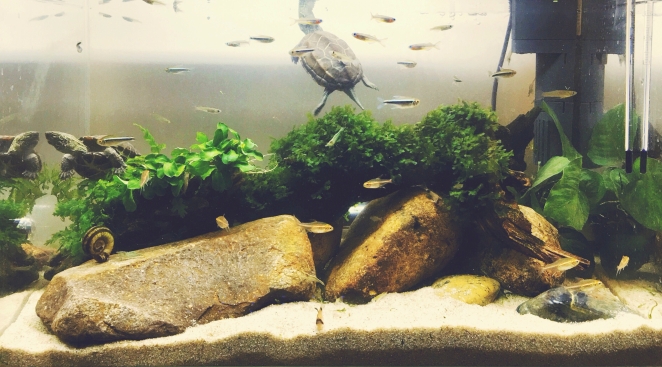 Yeah, that’s really cool! Is that where the name “Fish Tale” came from?

All right, now I have a list of rapid-fire questions. Give short answers as quickly as possible! Are you ready?

Tiantian: Okay! Let’s do it!

Tiantian: It was from an old Capcom game, they were two squirrels fighting with wooden crates… Can’t recalled their names!

Hmm… I don’t know it. (laughs) Okay, next one! Favorite video game series!

Okay! Favorite mystical animal or creature in a video game!

Tiantian: Um… The Felyne from Monster Hunter, I guess!

Tiantian: I love Espeon, too!

Tiantian: Can I say Super Mario?

If you could live in any video game world for a week, which world would you choose?

Nice! If you could befriend any video game antagonist, who would it be??

Tiantian: To befriend? Does Wreck-It Ralph count as a bad video game guy?

Sure! I love him! Okay, if you had to make a weapon out of any instrument, which instrument would you choose?

Tiantian: The Chinese instrument Guzheng, use the string like using a bow. I’d use my own magic power as arrows! Difficult to carry though.

Ooh yeah! That is a beautiful instrument! One of my friends in college played it. Okay, end of rapid-fire questions. What are some of your future plans? What are you working on right now?

Tiantian: We just started our own studio! We hope we can accomplish some real achievements in the animation field in China. And now I am still working on Psycho Princess and some other small animation projects.

Okay, cool! What’s the name of your studio? 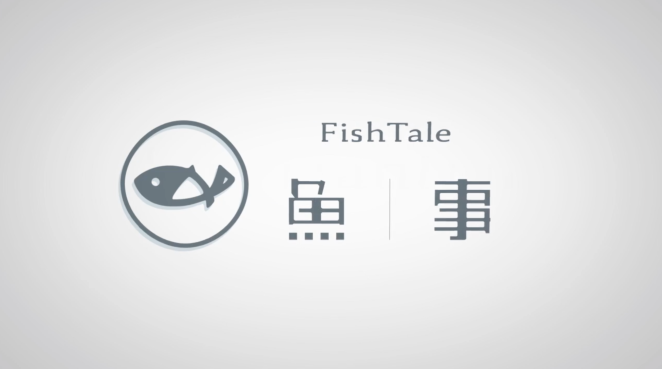 Yay! All right, well those are all the questions I have! Do you have any final thoughts?

Tiantian: No, that’s it! Thank you for interviewing me! So happy to talk to you.

Yeah, it was fun! Thanks, and have a good day!