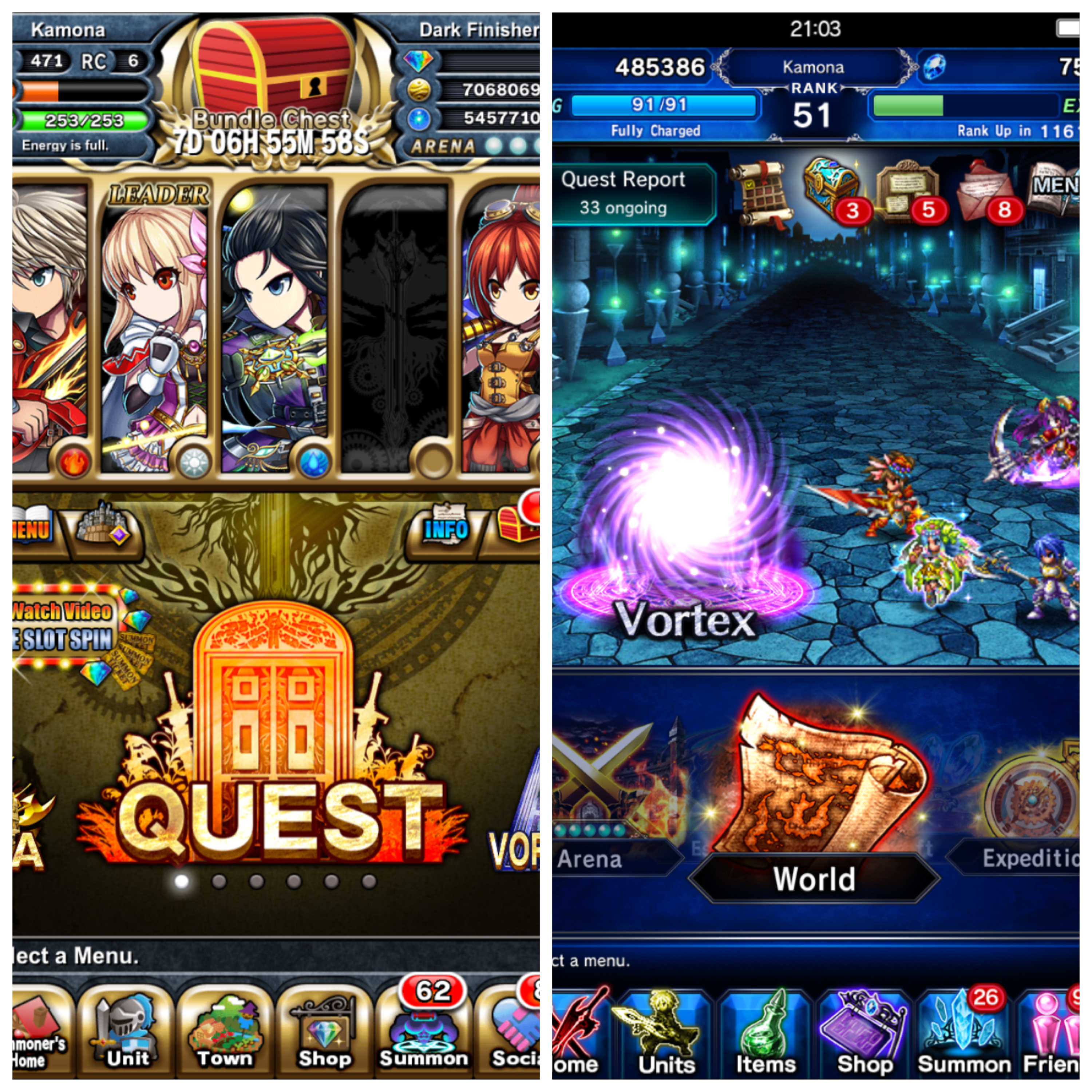 The main menu music to a game could be considered a flagship piece of sorts, and in games like Brave Frontier (BF) and Final Fantasy: Brave Exvius (FF:BE) even more so, with so many playable options within these menus. Whether you’re checking your daily tasks, fusing or evolving units, or using precious in-game currency in hopes of summoning that newly released unit, this main menu music accompanies all of those endeavors, and in turn sets the tone for the entire game.

In a pulsing 3/4 time and with an unbelievably strong bass, “Summoner” creates an absolutely majestic introduction to the game. While I still cannot figure out what the vocals are saying, I love singing along at the top of my lungs to this track whenever it comes on.

This piece has the same sort of chromatic chord progression as “Song of Storms” from the Legend of Zelda games, with the beautiful raised scale degree 6.

One of the best parts of “Summoner” happens from 0:51 to 1:06, when the luscious orchestration suddenly dissolves and listeners are left with just the harp. Not only do the instruments come back with a cymbal roll in at 1:06, but the key also changes and the whole tone is a bit more uplifting.

I’m always impressed with music that loops that is able to throw in a key change. The challenge with this is that you then need to find a way to modulate (change keys) BACK to the original key. So major props to Hikoshi Hashimoto, Brave Frontier’s wonderful composer.

Final Fantasy: Brave Exvius’s menu music is also in 3/4, but is has a lot more of a gentle tone. Starting off with piano and light harp accents, the piece does pick up a bit at 0:36. A new leading instrument and filled out sixteenth notes.

The arpeggio is reminiscent of the classic Final Fantasy title screen which is in every other game (and this one too).

As these pieces are also essentially main theme songs to the games as a whole, they also reflect the gists of stories: BF‘s story is summoner-focused and somewhat heroic, while FF: BE‘s story is much more sentimental and, dare I say, delicate.