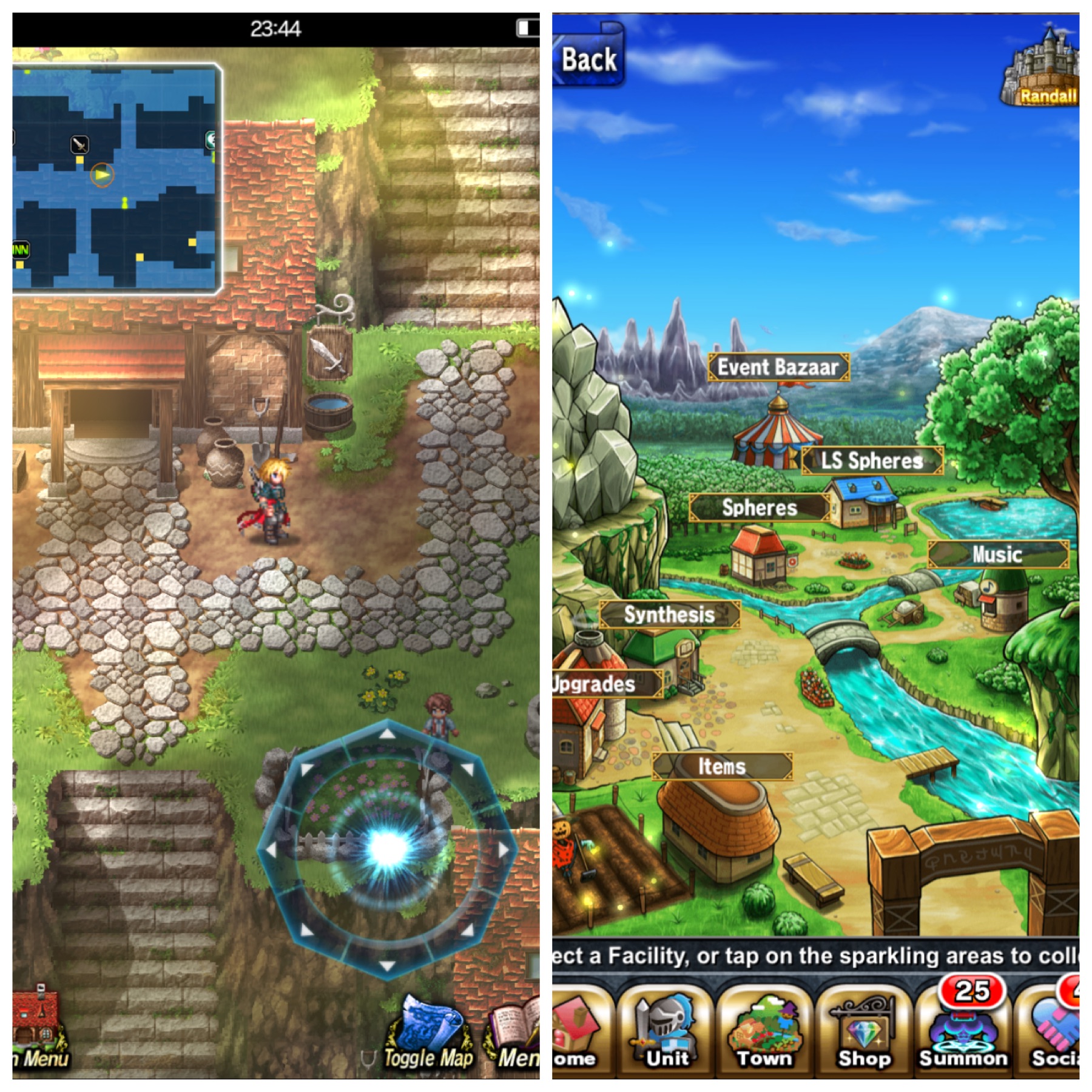 In a previous article, we discussed one major gameplay mechanic in Final Fantasy: Brave Exvius which is not present in Brave Frontier, which is the exploration ability. In that article, we looked at the Imperial Capital’s music within each game. In today’s article, we will be looking at the peaceful themes found in the villages/towns. In Brave Frontier, “The Village” (which should really be called “The Town“, since in the game it’s called a Town, not Village X’D) is the music for the place where you go to craft different kinds of items, and collect materials. In FF:BE, there are various villages/towns which you can travel to and explore in, but for the sake of similarity, we will be looking at the “Peaceful Village” theme, rather than any of the other town themes.

“The Village“, from Brave Frontier:

In terms of rhythm, noticeable similarities between the two tracks are the time signature (which is 3/4, or simple triple time), and fairly slow tempo: BF‘s “The Village” is 120 BPM, and FF:BE‘s “Peaceful Village” is 95 BPM.

The thing about simple triple time that makes it especially different from simple quadruple time (4/4) is that there is only one strong beat per measure, at the start. Music that is in 4/4 also technically has one strong beat per measure, but the third beat is what we like to call “medium strong”. If you listen to various songs and pieces that are in 4/4, there is often some kind of rhythmic part showing where each beat is (1, 2, 3, and 4), as well as another rhythmic part that plays on 1 and 3, or 2 and 4.

If we apply this concept of strong beat discernment to BF‘s “The Village“, since the piece has a tempo of 120 BPM, we would hear a strong beat actually only 40 BPM (one strong beat every three beats, 120 / 3 = 40), and then FF:BE‘s “Peaceful Village” has a strong beat tempo of 32 BPM.

That’s sloooowwwwwww……. And with slow music comes more space for relaxing, listening to and appreciating silences.

Now let’s talk about the instrumentation of the two pieces. They are strikingly similar, with the harp keeping the pulse, while the flute takes the main melody, then hands it off to the strings. Both pieces have supporting sweeping strings, as well as next to no percussion: BF‘s “The Village” percussion is simply an occasional gentle cymbal roll, and FF:BE‘s “Peaceful Village” percussion are an occasional cymbal roll, some tubular bells/chimes hits, and wind chimes at the end before the loop.

So far, these two tracks are certainly the most similar. What differences, if any, did you notice? What are some other tranquil town themes that you’ve heard and enjoy? Leave your thoughts in the comments!