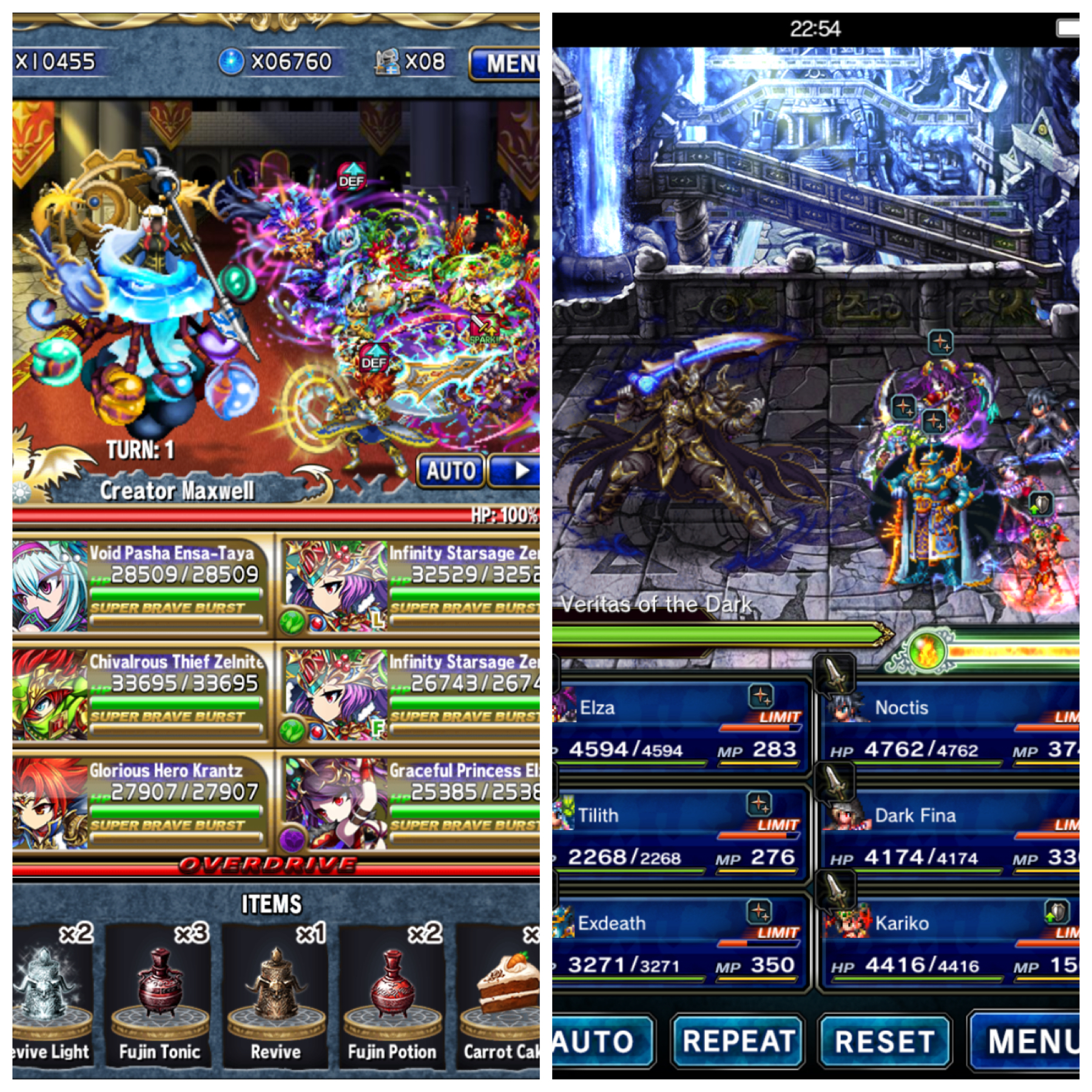 In most JRPG-style games, there comes a time when you are faced with a different kind of boss. These bosses aren’t final bosses, but they’re not insignificant, either. In Brave Frontier, you have the Fallen Gods (among others), and in Final Fantasy: Brave Exvius, you have the Veritas (also among others). In these mobile games, there may or may not even be a final boss, so these monumental boss battles are the fights that carry the most meaning to the story. And of course, these battles have their own special music!

Let’s first listen to each of the monumental boss battle themes.

Right off the bat, there are striking similarities and differences between the two tracks. They are both “epic” (which we defined in a previous DTA article in this same series), have a sense of urgency, and they both utilize large-scale choirs. But, there is a very dramatic difference in terms of tone, and perceived outlook.

The most striking similarity is the use of full-scale choir, which automatically adds in a layer of epicness. The way in which the choirs are used, however, are quite different. In FF:BE‘s “Celestial Battle“, the choir comes in after the other instruments have already been playing, and they continue to sing along with the rest of the orchestra. However, in BF‘s “Creator“, the choir is what starts the piece. The choir does come back to supplement the other instruments later, but with a different purpose that we’ll get to shortly.

One unsettling thing about “Creator” is that as the choir is singing, before the rest of the instruments come in, it is actually quite difficult to discern where the downbeat is. Another thing that is equally unsettling is that the first two notes that play are a semitone/half-step apart (the smallest interval in Western music), so you also cannot identify any harmonies, or even a tonal center (key) from the beginning.

“Celestial Battle” has an overall more uplifting and majestic atmosphere, with its simple major and minor chords, flurrying strings, and punctuated brass. The impression of this piece is that the trial at hand is difficult, but there is a bit of enjoyment and optimism as well.

“Creator“, however, has a much more dark atmosphere, with its chanting choir section, lower-register melodies, rock style (drum set and electric guitar), and dissonant, clashing harmonies: as the choir sings, chords are changing all over the place, but the choir’s part moves very slowly, meaning the notes they sing are sustained while the other instruments play other notes that don’t necessary match up well. The impression of this piece is that the trial at hand is difficult, and we are not necessarily sure we will make it through.

What are your thoughts? Do you agree that “Celestial Battle” is more optimistic, while “Creator” is more pessimistic? Are there any other differences or similarities you noticed that I didn’t talk about? Contribute any ideas in the comments below!